The transition from pre- to post menopause is associated with the emergence of many features of the metabolic syndrome, including- i) increased central (intra abdominal) body fat; ii) a shift toward a more atherogenic lipid profile, with increased low density lipoprotein and triglycerides levels, reduced high density lipoprotein, and small, dense low density lipoprotein particles; iii) and increased glucose and insulin levels [4]. The emergence of these risk factors may be a direct result of ovarian failure or, alternatively, an indirect result of the metabolic consequences of central fat redistribution with estrogen deficiency [4].

ATP III considered the “obesity epidemic” as mainly responsible for the rising prevalence of metabolic syndrome [5].The accumulation of fat in a central distribution (intra abdominal) has emerged as a cardiovascular risk factor independent of overall obesity [9]. Women with high amounts of visceral fat have an excess of cardiovascular mortality and associated metabolic abnormalities [10].

Estrogen promotes the accumulation of gluteo-femoral fat [11], and the loss of estrogen with menopause is associated with an increase in central fat [12]. The higher prevalence of metabolic syndrome in the post menopausal women can be attributed to estrogen induced body fat redistribution.

Thus, in the light of above mentioned facts, the present study was carried out in the north Indian population including pre and post menopausal women with an aim to determine the-

This cross-sectional study was carried out in the North Indian population including a total of 200 healthy women. 100 of them were pre-menopausal in the age range of 25-40 years while the rest of the 100 women were postmenopausal aged between 45-60 years, selected from the rural and urban population equally. The premenopausal women were regularly menstruating, non-pregnant, and non-lactating with no use of hormonal contraception for at least 1 year.

Postmenopausal women who had at least 1-year history of cessation of menses were included. The exclusion criterion was the coexistence of any other serious illness such as secondary hypertension, diabetes mellitus, ischemic heart disease, liver disease, gastro intestinal disorders, renal disease or any other acute or chronic disease; this also included pregnant females, smokers, women taking oral contraceptives, hormone replacement therapy, antidiabetic, antihypertensive or hypolipidemic drugs. Women who were amenorrhoeic due to hysterectomy or cessation of periods other than by a natural cause were identified and excluded from the study.

A questionnaire was completed for each subject. It included demographic information, smoking, menopausal status, consumption of relevant medication especially anti-diabetic agents, anti-hypertensive agents, hypolipidemic drugs and hormone replacement therapy. In addition, food frequency questionnaire and a questionnaire for leisure time behaviour were used for participants. Considering physical activity, the period and frequency of doing each specific activity as leisure in a week were asked. Details of dietary habits were also taken in to account considering the intake of total fat, saturated fat and cholesterol.

Systolic and diastolic blood pressure of each parti¬cipant was measured twice using the ausculta¬tory method with a standardized calibrated mercury column-type sphygmomanometer after 10–15 minutes resting in sitting position from the right hand. Two measurements were done for all women at five-minute intervals and the average of the 2 measurements was calculated.

All blood specimens were drawn at 8:00 a.m. after a 12-hour fast. Samples were centrifuged within 1 hour of sample collection and the sera frozen immediately at -20°C. Fasting plasma glucose was determined by the glucose oxidase method (Boehringer Mannheim, Mannheim, Germany). Serum lipid and lipoprotein cholesterol levels were measured in fresh serum samples. Serum total cholesterol and triglyceride levels were determined enzymatically (Boehringer Mannheim). Serum HDL cholesterol level was determined enzymatically after precipitation of LDLs and VLDLs with dextran sulphate MgCl2. LDL cholesterol was calculated by the Freidewald formula.

In all the patients besides blood biochemistry, 12 lead E.C.G. was also performed along with complete clinical examination of the patient. A detailed case record was prepared for each patient on a preformed study sheet.

The study subjects were considered to have metabolic syndrome if they had any three or more of the following criteria, according to the NCEP: ATP III criteria [2]:

Base line characteristics of study subjects and influence of menopausal transition

Significantly raised levels of TG, VLDL, and FBG (<0.001) but reduced levels of HDLc (p<0.001) were observed in postmenopausal subjects (Table 1) as compared to premenopausal counterparts.

Influence of urbanization on base line characteristics of study subjects

Table 2 shows the influence of urbanization on base line characteristics of study subjects.

Comparison of metabolic indicators among pre- and postmenopausal women

Table 3 and Figure 1; show the prevalence of components of metabolic syndrome in different study subjects as per NCEP: ATPIII criteria. 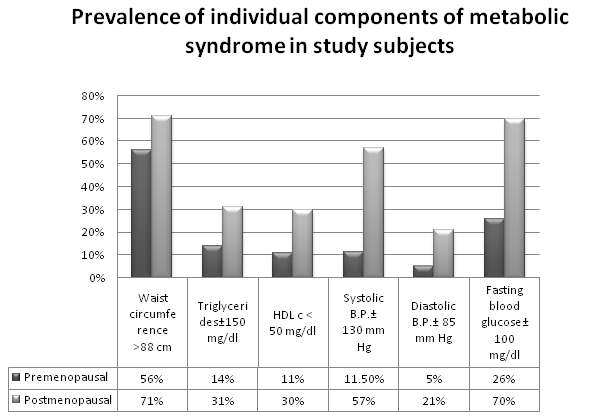 Figure 1. Comparison of prevalence of individual components of metabolic syndrome in premenopausal and postmenopausal subjects

Figure 2 shows the total prevalence of metabolic syndrome in the study subjects. 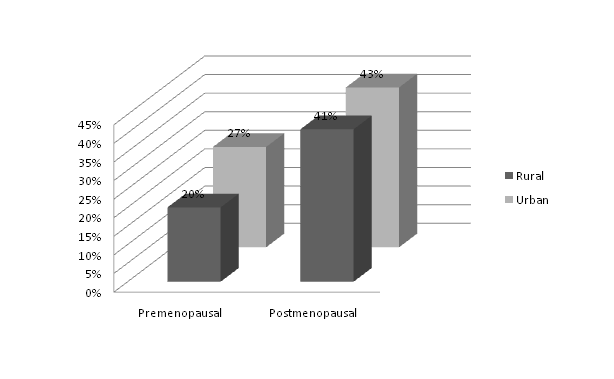 Table 2 . Base line characteristics of study subjects in different groups (rural and urban).

Table 3. Prevalence of components of metabolic syndrome in different study subjects (Rural and Urban) as per NCEP: ATPIII criteria.


A larger number of post-menopausal subjects were having components of metabolic syndrome as compared to pre-menopausal counterparts. Statistically insignificant variations were observed amongst rural and urban subjects with urban subjects having higher values than the rural ones.

Metabolic syndrome and cardio vascular diseases are more common in women above 55 years of age with significant increase in individual risk factors in the postmenopausal phase. Changing hormonal milieu with declining estrogen and alteration of its ratio with testosterone has been implicated as a causal factor for the emergence of metabolic syndrome at menopausal transition [24].

Cross-sectional [25] and longitudinal studies [26] have shown that the menopausal transition is associated with a preferential increase in abdominal adiposity, independent of the effect of age and total body adiposity. During menopause the pattern of hormone secretion changes and gradually causes fat accumulation in visceral tissues of abdomen.

Central obesity was also observed in the premenopausal subjects of present study. 27% of the rural and 31% of the urban premenopausal subjects were found with higher waist circumference (>88 cm - Table 3). Dietary habits, physical inactivity, socioeconomic or genetic background might be the factors to account for central obesity in these subjects.

The total prevalence of metabolic syndrome was higher in postmenopausal subjects. In the rural and urban post menopausal groups it was 41% and 43% respectively in comparison to 20% and 27% of the premenopausal subjects (Figure 2). These results were consistent with many of previous studies [34-38], where post-menopausal women were found to be at higher risk of MS than pre-menopausal women.

Rural and urban variations in the components of metabolic syndrome in both pre and post menopausal subjects of our study were in accordance with the reports of other studies [39,40]. These differences in prevalence of metabolic syndrome might be due to socioeconomic and environmental differences, dietary factors and lifestyle. Physical activity appears protective for obesity, high blood pressure, and low HDL-c [41]. Physical activity is higher in the rural population. The sustained excess of energy-dense foods, an increasingly sedentary lifestyle—attributed in part to urbanization, which limits the opportunities for physical activity, might be the major causes of energy imbalance leading to obesity in the urban women.

©2014 Chhabra N. This is an open-access article distributed under the terms of the Creative Commons Attribution License, which permits unrestricted use, distribution, and reproduction in any medium, provided the original author and source are credited.

Table 2. Base line characteristics of study subjects in different groups (rural and urban).

Table 3. Prevalence of components of metabolic syndrome in different study subjects (Rural and Urban) as per NCEP: ATPIII criteria.


A larger number of post-menopausal subjects were having components of metabolic syndrome as compared to pre-menopausal counterparts. Statistically insignificant variations were observed amongst rural and urban subjects with urban subjects having higher values than the rural ones.

Figure 1. Comparison of prevalence of individual components of metabolic syndrome in premenopausal and postmenopausal subjects.