Atherosclerosis is a chronic inflammatory process that affects the arteries of different vascular beds. The most common site is the origin of the internal carotid. It is estimated that 50% of strokes are caused by atherosclerotic plaques. Panoramic radiographs are routine and inexpensive radiographic studies that allow us to observe flatly dental structures, maxillary and mandibular. Friendlander in 1981 published for the first time the possibility of identifying through panoramic radiographs atherosclerotic plaques calcified at this bifurcation giving importance of this study the opportunity for early detection of this disease.

Consistent findings were obtained with atheroma calcified carotid in 7 patients with which it is concluded on the importance of training of imaging diagnosis undergraduates for early diagnosis and prevention of stroke in patients at risk of stroke.

Atherosclerosis is a chronic inflammatory process that affects the arteries of different vascular beds and is characterized by thickening of the intima and media layer with loss of elasticity. The basic lesion is the atheromatous plaque, composed mainly of lipids, fibrous tissue and inflammatory cells, which thickens, hardens, and may eventually block the arteries light [1].

The most common place where atherosclerosis occurs is the origin of the internal carotid, estimating that 50% of cerebral vascular accidents (CVA) are caused by atherosclerotic plaques in that location [2].

The presence of carotid atheroma is associated with the severity of coronary artery disease and stroke (CVA) [1].

The World Health Organization (WHO) considers CVA as the third leading cause of death worldwide and a major cause of disability in North America, Europe and Asia [3]. According to the statistics of mortality in Mexico, the CVA is part of the top ten causes of death in our country. In the United States of America (USA) is considered that the number of new cases per year is 500,000 to 700,000, the cost of care amounted to 30 billion dollars, without generating disability and deaths, which are approximately 200,000 among cases [4].

The frequency of occurrence increases with age and with the elderly of population, so it is believed that by 2030 the numbers of deaths will double CVA.

Given these figures is important to establish measures for prevention and control of the risk factors. Epidemiological studies have revealed that there are environmental and genetic factors associated with atherosclerosis.

Moreover, the search for a reliable and economic system for the detection of patients at risk of suffering a stroke is based on the identification [3].

Friendlander [5] published the ability to identify through panoramic calcified atherosclerotic plaques at this bifurcation as these can provide images as nodular masses radiopaque or radiopaque two adjacent vertical lines or just below the intervertebral space C3 and C4 [6].

The orthopantomography is an imaging test that allows to observe bilaterally all dental and maxillofacial structures in a flat image, besides being fast processing and low cost, is considered as a fundamental tool for mass assessment and preventive diagnosis of disorders in the maxillofacial region so it can be use to demonstrate the presence of carotid calcifications. It is an ideal alternative [1] as close to the pharynx at the area of ​​the carotid bifurcation and these lesions atheromas appear when partially calcified are visible [7].

Although the utility of this study for the detection of calcified carotid atheroma is clear [8] has some limitations such as requiring that the study covers the location of the carotid bifurcation, in addition to training the dentist for interpretation and understanding of the differential diagnosis because there are other structures and conditions that may occur as radiopaque side looking like tritíceo cartilage, hyoid bone, styloid process, calcification of the stylohyoid and stylomandibular ligament, calcification of the thyroid cartilage, epiglottis, soft palate, tongue, ear lobe, the anterior spinous process of the atlas, the cervical vertebrae, calcified lymph nodes, phleboliths, sialoliths, tonsolitos and calcified acne [9], what is important training the student's degree in dentistry for proper detection and prevention.

The purpose of this retrospective study was to determine the prevalence of carotid calcifications in 316 patients admitted to clinic admission of the Escuela Nacional de Estudios Superiores, Unidad León using orthopantomographies.

It is a cross-sectional study about the incidental findings of calcified atheromatous plaques in routine orthopantomographies of 316 patients that attend the Admission Clinic of the ENES, León in the period of October, 2013 to February, 2014.

Patients from 18 to 50 years of age were included and were excluded those patients with controlled or uncontrolled systemic diseases as well as systemic symptomatology and dental pain symptoms.

As a part of the admission process, a sociodemographic interview was performed to each patient, as well as a complete anamnesis. Finally, an orthopantomography was taken to each patient by a standardized operator of the imagenology equipment (Orthopantomograph OP200D, Orthocep, OC200D, Instrumentarium Dental, US).

Each orthopantomography was analyzed to identify the calcified atheromatous plaques by one expert using a 20” screen computer, LCD color S2032, 1600x900 pixels resolution, Hewlet Packard US.

The identification parameters corresponded to the radiopaque findings (radiopaque nodules or radiopaque lines either unilateral or bilateral) adjacent to the intervertebral space between C3 and C4.

Following the guidelines of the General Health Law in México, each patient signed a format of informed consent, through which the institution was committed to give accurate and relevant information to each patient and to respect the right to privacy.

This study gives a good option to the Mexican population for the early diagnosis of calcified atheromatous plaques.

In a more recent study by Friedlander [5] in 182 patients the reported prevalence was of 3.3% with 5 cases in males and female. The mean age of this population was 67.7%, all these studies show an inverse relation between sexes compared with the results of the present study. Besides the mean age of these studies exceeds the one observed in this study, 31.8 years.

About the limitations of this study it is recognized that we did not perform any post processing of the image with the multiplanar reconstruction, as it is on in Tomography Axial Computed (TAC), or a doppler study, since the data taken for the study had not the original purpose of recognizing the atheromatous plaques; these are X-ray findings belonging to a routine process where the ortopantomographies are taken just as a request to be admitted in any of the dental clinics of the ENES. We recommended to our patients to attend to a hospital to be checked.

The use of this technology in the detection of carotid calcification is useful however it presents some limitation so that it is important the training of the future dentists on the detection of these pathologies to make the appropriate remission of the patients to a medical evaluation to avoid future complications.

©2015 Pineda GV. This is an open-access article distributed under the terms of the Creative Commons Attribution License, which permits unrestricted use, distribution, and reproduction in any medium, provided the original author and source are credited. 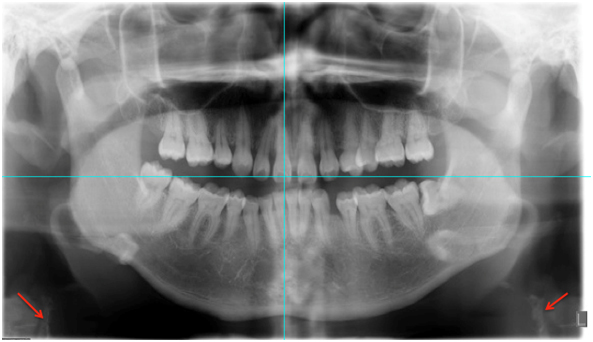 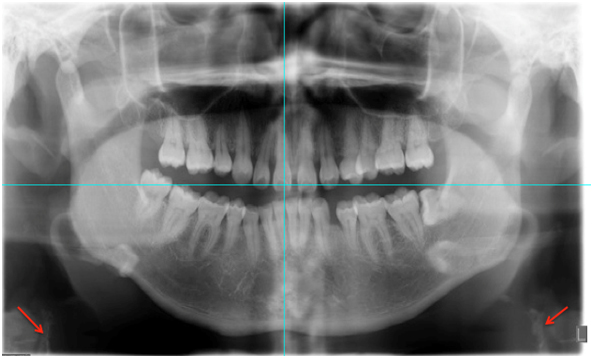 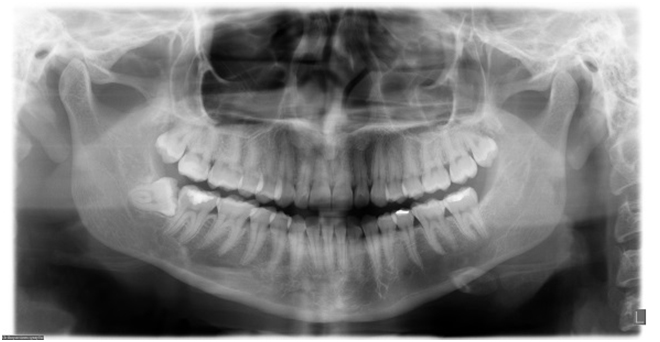 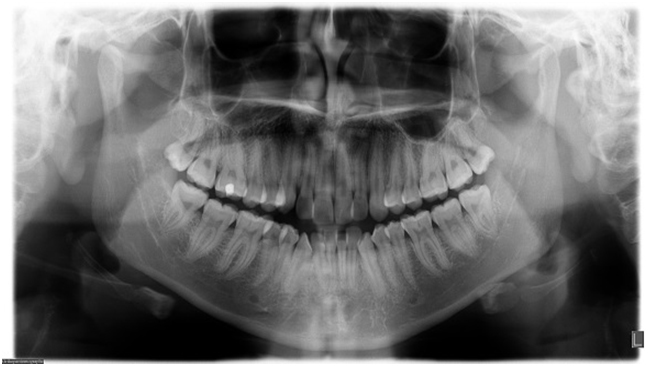 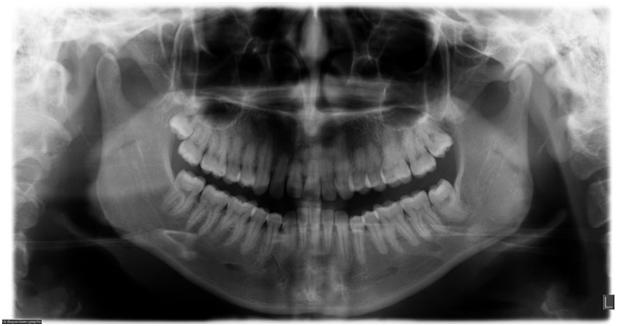 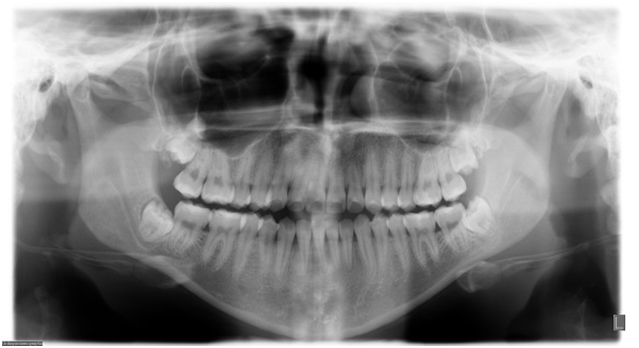 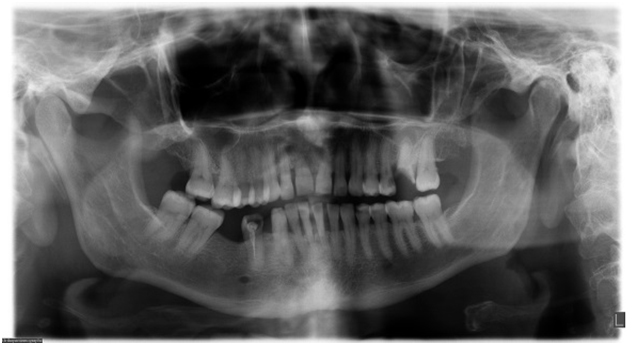