Is improved fitness associated with reduced pain intensity in patients with low back pain?

Introduction: Low back pain (LBP) is a common global health problem and it causes more disability worldwide than any other disease. Despite this, knowledge concerning causes, prevention and effective treatments is lacking. It is a general assumption that LBP is associated with reduced physical capacity, but only few studies have examined this association.

Methods: Cohort study with three months’ follow-up based on data from a previous RCT study. The study population consisted of 176 patients with LBP and complete 3 months’ follow-up on fitness and pain. Clinically relevant improved fitness was defined as improved fitness ≥ 10% from baseline to follow-up. Clinically relevant change in pain intensity was defined as a reduction ≥ 30% on the Numerical Rating Scale. The association was examined by Spearman correlation and logistic regression and presented by OR (95 CI).

Low back pain (LBP) is a common global health problem causing more disability worldwide than any other disease and is one of the leading causes to absenteeism [1]. In-spite of high prevalence and the costs associated hereby there is a lack of knowledge concerning causes, prevention and effective treatments [2,3]. There is no explicit consensus regarding treatment of LBP and the concepts of interventions vary from very simple to extensive multidisciplinary biopsychosocial rehabilitation programs.

The study was a cohort study with three months’ follow-up based on available data from a previously RCT study [15].

The aim of the original RCT study was to assess if counseling by an occupational physician addressing experienced workplace barriers and physical activity integrated as a part of LBP outpatient treatment influenced pain, function and sick leave. At baseline and follow-up, the patients completed different physical tests and filled out questionnaires including pain scores. Neither the control nor the intervention group received interventions aimed at improving their fitness, but all the patients received brief instructions in exercises. The intervention group also received counseling sessions including goals for physical activities generally consisting of 3×45 min a week of moderate intensity.

In the original RCT study 300 patients were allocated to the intervention (n=150) or control group (n=150). The study population for the present study included 176 patients with complete follow-up on fitness and pain intensity (Figure 1). 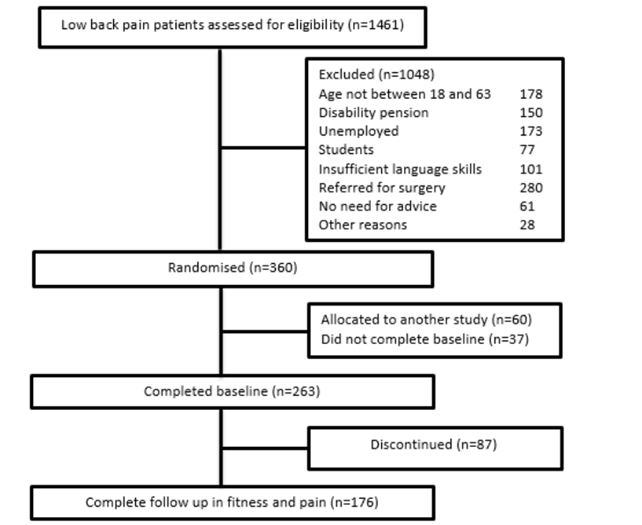 Figure 1. Flowchart of the selection of the study population

Fitness was calculated as ml/oxygen/min/kg estimated using Aastrands cycle test [16]. Aastrands cycle test is a submaximal test and the maximum oxygen uptake was estimated from approximately 10 minutes of cycling. As weight is incorporated in fitness, VO2 max is consequently presented in the analysis in addition to fitness to demonstrate if changes in fitness are a result of changes in weight.

Pain intensity was assessed using the Numerical Rating Scale (NRS). NRS is a numerical scale with 11 points reflecting the patients experienced pain intensity. The pain intensity is scored from 0; no pain to 10; worst pain imaginable, and the pain score represent the patients mean pain intensity during the last 3 months. Clinically relevant reduced pain intensity was defined as a reduction from baseline to follow-up on 30% or more based on practical guidance regarding the minimal important change on frequently used measures of pain and functional status for LBP developed by Ostelo et al. [14].

Baseline characteristics of the study population and the group who was lost to follow-up was compared using the Mann-Whitney rank-sum test. Spearman correlation evaluated the strength of the association between baseline fitness and pain.

Table 1 presents the baseline characteristics of the included study population (n=176) and the group who was lost to follow-up (n=87, 49%). There were no significant differences between the groups in the measured variables.

Table 1. Baseline characteristics of the study population compared to the group who was lost to follow up 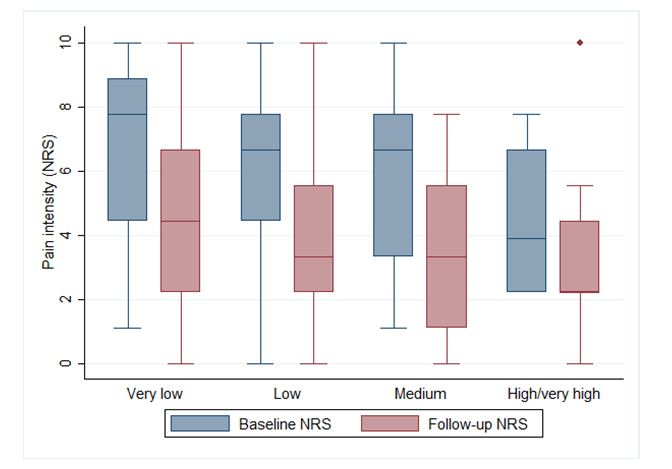 Figure 2. Pain scores (NRS 0-10) presented as median, IQR and range at baseline and follow-up in the four baseline fitness categories.

Table 2 presents baseline characteristics and the patients’ changes in fitness, VO2 max and pain scores in the four fitness categories. The group with very low fitness at baseline had the highest baseline pain score and naturally the lowest fitness score. Compared to the other fitness groups the very low group had the highest proportion of patients achieving an improvement in fitness and reduction in pain intensity during the three months.

*Changes after 3 months measured as follow-up-baseline

Incorporating thresholds for clinically relevant changes in fitness (10%) and pain intensity (30%) showed no significant association between improved fitness and reduced pain in either of the four fitness categories (Table 3).

The strength of the study was the relatively large study population (n=176). In addition, the risk of assessment bias was considered minimal as changes in fitness was estimated using an objective measurement where judgment from neither the assessor nor the patient was of importance. Pain intensity was assessed using the NRS which is considered a valid and reliable instrument to measure pain intensity in patients with LBP [14].

A limitation of this study was the large group of patients who were lost to follow-up, but as the groups had similar baseline characteristics, the risk of bias due to the dropout is considered minimal, and the dropout has probably not had major influence on the result.

Fitness was estimated using Aastrands cycle test. As the test is submaximal there was a risk of misclassification of the exact fitness. The test is reliable in assessing changes in fitness in LBP patients [18], and the risk of misclassification of changes in fitness was considered small. It is however unknown to which degree a 10% improvement in fitness is influenced by measurement bias. This could potentially influence the result towards no association. An analysis incorporating an alternative cut off for fitness at 20% was performed, but this did not alter the results. By incorporating the alternative cut off at 20% the risk of the improvement being the result of measurement bias and not a clinically relevant improvement was reduced.

The result of this study is consistent with the results presented in three other cross-sectional studies were no correlation between fitness and pain was detected [7,11,12]. The studies were of low quality and the results must be interpreted with caution. The association between changes in fitness and changes in pain has been examined in two other studies. The study by Chan et al. found no association [13], but the quality of the study was limited because of deficient blinding and a small study population (n=46). A study by van der Velde et al. found an association between improved fitness and reduced pain [9], but the results were limited as the study population consisted of patients not responding to conventional therapy and the risk of bias due to a high dropout rate.

A recent published meta-analysis by Meng et al. stated that based on the current literature patients with LBP may benefit from aerobic exercise, as their pain scores had markedly been reduced with a standardized mean difference (SMD) of 0.75 (95 CI: 0.48;1.02). The meta-analysis however also showed that aerobic exercise had no effect on maximum oxygen consumption [19]. Fitness as an approximation of physical capacity may be an insufficient description, since the degree of physical capacity may change, without necessarily reflecting change in fitness. In addition, physical capacity also depends on e.g. muscle strength, endurance and motivation, and it should be considered whether physical fitness is the best approximation for physical capacity.

Ethics approval was provided by the Danish Data Protection Agency, number 2006-41-6190, and notified to the Central Denmark Region Committees on Biomedical Research Ethics.

We would like to thank dr. Lone Donbæk Jensen, Aarhus University Hospital, for her attendance in the study.

© Budtz. This is an open-access article distributed under the terms of the Creative Commons Attribution License, which permits unrestricted use, distribution, and reproduction in any medium, provided the original author and source are credited.

Figure 1. Flowchart of the selection of the study population

Table 1. Baseline characteristics of the study population compared to the group who was lost to follow up

Figure 2. Pain scores (NRS 0-10) presented as median, IQR and range at baseline and follow-up in the four baseline fitness categories.

*Changes after 3 months measured as follow-up-baseline