Based on numerous reports worldwide, an estimated 13% to 69% of hospitalized patients are malnourished. Even though hospitalized patients are more prone to malnutrition; Clinical nutrition and nutritional assessment are often neglected components of the health service practice. To assess prevalence and associated factors of malnutrition among adult hospitalized patients. Institution based cross- sectional study was deployed and stratified random sampling technique was used with a total of 403 patients were included in the analysis. Weight and height of the patient was measured to calculate body mass index and the study subject was interviewed based on the questionnaire. The degree of association was assessed using odds ratio with 95% confidence interval and P value. Both bivariate and Multivariate logistic regression were used to identify the associated factors. The prevalence of malnutrition of the study participant was found to be 55.6%.. Marital status, Education level, Weight loss, HIV/AIDS co-infection and Individual dietary diversity score were the identified factors affecting under nutrition. Prevalence of malnutrition among adult hospitalized patients is found to be high. Therefore, great emphasis has to be given for nutritional management of adult hospitalized patients. Furthermore additional researches should also be conducted.

Globally, malnutrition is the most important risk factor for illness and death [1]. In 1859, Florence Nightingale wrote about hospitalized soldiers during the Crimea war, starving amongst plenty of food. Over 100 years later, beginning from the 1970s, numerous authors have reported malnutrition rates in hospital patients to be approximately 35%, with 30 to 55% of patients entering acute hospitals being at risk of malnutrition [2].

World Health Organization (WHO) estimates that by 2015 prevalence of malnutrition worldwide will be 17.6% - with the vast majority living in developing countries in southern Asia and sub-Saharan Africa. An additional 29% will have stunted growth due to poor nutrition [1,3].

The Europeans study assessed 5,051 patients admitted to European hospitals and found that 32.6% of hospitalized patients at risk of malnutrition [4].

According to United Kingdom the prevalence of hospital malnutrition is difficult. Over the past 34 years, researchers have used different criteria to define it, and studies have been conducted worldwide on populations that differ in socioeconomic status, educational level, age group, and severity of illness; study group size also varies. Based on many reports worldwide, an estimated 13% to 69% of hospitalized patients are malnourished [5].

In Singapore study shown that malnourished patients (29%) had longer hospital stays (6.9 ± 7.3 days vs. 4.6 ± 5.6 days) and was more likely to be readmitted within 15 days. The mean difference between actual cost of hospitalization and the average cost for malnourished patients was greater than well-nourished patients. Mortality was higher in malnourished patients at 1 year (34% vs. 4.1 %), 2 years (42.6% vs. 6.7%) and 3 years (48.5% vs. 9.9%); for all. Overall, malnutrition was a significant predictor of mortality [6].

In Spain, studies have shown that prevalence of malnutrition in hospitalized patient’s ranges from 30- 50%, with increasing rates among patients with longer in-stays [8].

Generally overweight is less prevalent than under nutrition in the developing world, particularly in rural areas, and that it is concentrated in higher socioeconomic status groups [9].

Institutional based cross-sectional study design was used and study participants were adult hospitalized patients admitted in Amhara National Regional State Referral Hospitals. The sample size was determined using the formula for single population proportion with a 95% confidence interval, a precision of 5%, and an assumed prevalence of malnutrition 50% (0.5) to get a maximum sample size as there was no previous study conducted similar to this study. After adding 5% non response rate the final sample size was found to be 403. The study subject was selected proportionally to size allocation to give equal chance to each referral hospitals. Additionally to select patients among different wards, the researchers again used the same method and then stratified random sampling technique was utilized. Data were collected using a pretested interview based questionnaire and clinical measurement of weight and height to determine the body mass index.

Data was entered in to EPI-INFO version 3.5.1 statistical software and then exported to SPSS for windows version 20 for further analysis. Body mass index was used to categorize patients as normal and malnourished. In this study Body Mass

Index <18.5 was categorized as malnourished. Bivariate analysis was used primarily to check which variables have association with malnutrition individually. Variables found to have association were then entered into multiple logistic regression models for controlling the possible effect of confounders and finally the variables which have significant association were identified on the basis of OR, with 95% CI and P value.

The study obtained ethical approval from the department of nursing ethical review committee. Permission was obtained from Chief Executive Officers (CEO) of each referral Hospitals. Written informed consent was obtained from each study participants. The malnourished hospitalized patients who were not on nutritional support during data collection period were given advice on the appropriate dietary intake and referred for further and better management.

A total of 403 adult hospitalized patients were completed and returned the questionnaires, giving a response rate of 100%. The majorities 136 (33.7%), 123 (30.5%) of the respondents were from University of Gondar and Felegehiwot Hospitals respectively. 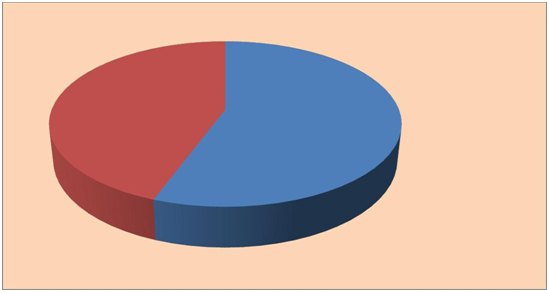 Table 2. Characteristics of respondents with respect to factors associated with malnutrition, 2014.

This study showed that the prevalence of malnutrition among adult hospitalized patient was 55.6%. This finding is high when we compare it with a study carried out in Portugal 9.7% [10] and China (17.8%) [11]. The difference may be explained by differences in the socioeconomic status, study area sample size of the study and geographical area of study setting [12-15].

In this paper factors found to be significant to malnutrition was literacy level; illiterates which is comparable with a study done in Portugal, in Rwanda and Dilla university referral hospital; illiterate and  [16-21]. The possible explanation could be literacy level may be predictor of awareness of dietary diversity, additionally educated people are more likely to access balanced diet.

In this study weight loss was found to be significantly associated with malnutrition. Which is low a study done in Netherland  [17]. And São Paulo  [19]. This might be the result of; unhealthy weight loss may increase the chance of under nutrition and effect of medication on appetite.

In the current study, the other factor found to be significant to malnutrition was marital status, single, divorced which is comparable with a study conducted in Portugal single/divorced/widowed  [16]. In the current study context all hospitalized patients are expected to get care and dietary support from both the hospital and the family; while single and divorced were less likely to get care from their family due to different reason, so that they may be affected psychosocially, feeding habit and full filling daily requirements.

The current study identifies that the presence of HIV co/morbidity was a risk factor for malnutrition; it was also identified as risk factor in study carried out in Dilla University Referral Hospital  [21]. The difference might be due to chronic conditions, severity of illness or stage of HIV disease progression.

In this study Dietary diversity score is found to be significant and associated with malnutrition, Hospitalized patients with Low DDS, Medium DDS. This finding could be explained by the fact that inadequate and imbalance essential nutrients diet intake is a predictor for under nutrition [22-27].

Prevalence of malnutrition in adult hospitalized patient was found to be high and marital status, education, weight loss for the last three months, Individual Dietary Diversity Score, and HIV co-morbidity were found to be associated with under nutrition.

We are very grateful to University of Gondar for financial support and all admitted patients who participated in this study for their commitment in responding to our interviews.

©2015 Haile A. This is an open-access article distributed under the terms of the Creative Commons Attribution License, which permits unrestricted use, distribution, and reproduction in any medium, provided the original author and source are credited.

Table 2. Characteristics of respondents with respect to factors associated with malnutrition, 2014.