Methods: We retrospectively studied consecutive patients from July 1, 2006, through June 30, 2007, who underwent SHG. The double-layer endometrial thickness was measured on longitudinal images of the uterus in the thickest portion of the fundus before saline infusion. The single-layer endometrial thickness was measured during SHG in the longitudinal-axis view in the thickest fundal portion anteriorly and posteriorly.

All patients who underwent SHG from July 1, 2006, through June 30, 2007, at the University of Texas Medical Branch (Galveston, Texas) were identified via an electronic database of sonography reports. University of Texas Medical Branch Institutional Review Board approval was obtained for a retrospective chart review of women who underwent SHG during the study period. Chart review included the ultrasound reports, surgical pathology reports, and operative reports. Surgical pathology reports within 6 months of the date of the sonohysterogram were included. All ultrasound examinations were performed in a dedicated obstetrics and gynecology sonography unit accredited by the American Institute of Ultrasound in Medicine. Patients were referred for evaluation of postmenopausal bleeding or abnormal uterine bleeding. SHG was performed in all patients with bleeding as the indication for the examination. All sonographic examinations were performed and read by one author (D.M.B.) with 10 years of experience in gynecologic sonography. Baseline transvaginal images of the uterus and adnexa were obtained before SHG using a iU22 ultrasound system (Philips Medical Systems) or an HDI 5000 ultrasound system (Philips/ATL Ultrasound). The double-layer endometrial thickness was measured on longitudinal images of the uterus in the thickest portion of the fundus. Either a 5F nonballoon catheter or an 8F balloon-tipped catheter was used to infuse saline during real-time visualization of the uterus by transvaginal imaging. Still images in the longitudinal and transverse planes were obtained. The single-layer endometrial thickness was measured in the longitudinal-axis view in the thickest fundal portion anteriorly and posteriorly (Figure 1). All measurements were taken by the performing sonographer or sonologist during the examination. 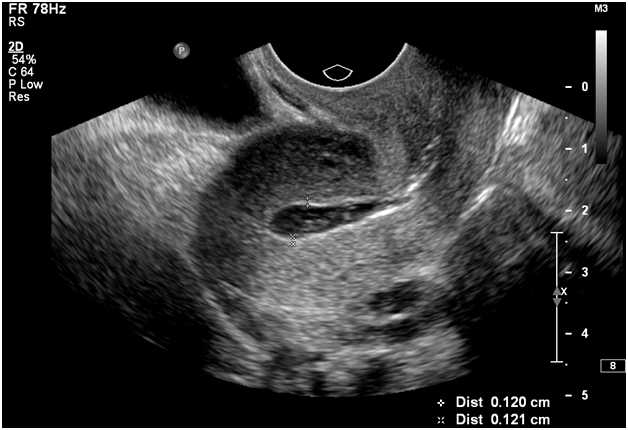 Figure 1. Measurement of endometrial thickness during sonohysterography. Transvaginal image shows a normal uterus and endometrium in the sagittal plane.

Data were entered and analyzed in an electronic spreadsheet (Excel; Microsoft Corporation). The 2-tailed paired ttest was used to compare means of normally distributed data. P values less than .05 were considered statistically significant.

During the study period, 303 women underwent SHG; 70 women were excluded from analysis (Figure 2). Reasons for exclusion from analysis included missing data on the following parameters: measurement of endometrial thickness in the single layer, double layer or both, and pathologic sampling within six months of the index ultrasound examination. Of the remaining 233 women in the current analysis, the mean age was 42 years (range, 20-76 years). The majority of patients (82%) were premenopausal. SHG findings are described in Table 1. The pre-SHG double-layer endometrial thickness was greater in the polyp group than those with normal SHG findings, but this difference was not statistically significant (P=.22). Pathology results obtained from endometrial biopsy, uterine curettage, hysteroscopic resection, or hysterectomy were available for 128 study patients (Table 2). 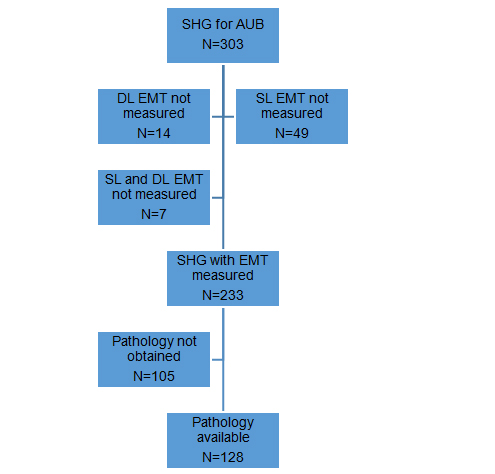 Table 4. Comparison of double-layer endometrial thickness measurement with the sum of single-layer measurements.

was no more than 4 mm in 99.2% of patients. Additionally, the anterior and posterior endometrial measurements were not significantly different, and the differences noted between the sum of the single-layer thicknesses obtained at SHG and the double-layer thickness obtained during transvaginal sonography were not clinically significant. Sonographic equipment generally reports axial measurements to 0.01 mm; however, differences in endometrial thickness of less than 1 mm are unlikely to be clinically important.

The strengths of this study include the relatively large sample size and histologic correlation of ultrasound findings in greater than 50% of patients. Additionally, only one physician performed and interpreted all studies. Weaknesses of the current study include a paucity of women who had endometrial carcinoma or hyperplasia, which precluded establishing a diagnostic limit for endometrial thickness with SHG. A larger sample with an adequate number of women with abnormal endometrial histology might help define limits for endometrial thickness with SHG.

Surgical pathology results within 6 months of the ultrasound were used in this study. It is possible that patients may have started on hormonal therapy within this time frame. Given the short time frame however, it is unlikely that hormonal therapy would have changed endometrial thickness significantly or increased the risk of malignancy. Surgical pathology samples varied between office endometrial biopsy, dilation and curettage, and hysterectomy. Office endometrial sampling has high accuracy in the diagnosis of endometrial neoplasia, thus the inclusion of office biopsy as a reference standard is unlikely to have missed significant pathology [2].

Our study does not offer guidance on endometrial thickness cut-off values in postmenopausal women as already exists in the literature [3-5].  Study of a population with significant rates of endometrial hyperplasia, performing sonohysterography and concurrent endometrial sampling would help to define the role of single layer measurement for diagnosis of endometrial neoplasia.

In women with histologically normal endometrium, the anterior and posterior endometrial layers appear symmetric in thickness. Additional investigation using multiple centers and video recording of exams should be performed to validate these findings.  Further work to help define the role of endometrial measurement and morphology during SHG in women with endometrial neoplasia may aid in improving diagnostic accuracy.

©2015 Breitkopf DM. This is an open-access article distributed under the terms of the Creative Commons Attribution License, which permits unrestricted use, distribution, and reproduction in any medium, provided the original author and source are credited.

Table 4. Comparison of double-layer endometrial thickness measurement with the sum of single-layer measurements.

Figure 1. Measurement of endometrial thickness during sonohysterography. Transvaginal image shows a normal uterus and endometrium in the sagittal plane.