Method: The Japanese version of the Pittsburgh Sleep Quality Index (PSQI-J) self-report questionnaire was used to assess patients receiving outpatient chemotherapy for cancers of the blood and digestive organs. The PSQI-J comprises seven components (0~3 points) with total scores ranging from 0~21 points; a score of 6 points or more is deemed to indicate a sleep disorder. Influencing factors were analyzed using the Mann-Whitney U test. The result was judged to be statistically significant when p<0.05.PASW Statistics 22 was used for statistical analysis. Approval for the study was obtained from the Fukuoka University Institutional Review Board.

Sleep plays an essential role in good health, both mentally and physically. However, cancer patients suffer from sleep disorders at the high frequency of thirty to fifty percent [1]. It has been reported that among patients receiving outpatient chemotherapy, 12.5%of patients have the symptoms of a sleep disorder and 25.8% of patients use hypnotic agents [2].

The objective of this study is to reveal the relations with patients undergoing outpatient chemotherapy between sleep disorders and the related side-effect symptoms.

Subjects were patients who were receiving outpatient chemotherapy treatment in the Oncology Center of Fukuoka University Hospital. Participants fulfilled the following conditions:

ⅰ)          to be diagnosed with hematological malignancy or solid carcinoma.

ⅲ)          to be treated mainly with chemotherapy and supportive therapy.

ⅳ)          to be alert, conscious and capable of smooth communication.

Participants agreed to participate with informed consent documents after understanding the purpose of this study.

Methods of the survey

The survey was conducted, employing registered type self-report questionnaire by patients who received or waited for outpatient chemotherapy treatment. This survey was conducted with the consent of participants where they were informed verbally and in writing, of the purpose and methods of this study, ethical standard and then consented to participate in this research in writing with their signature. Participants were asked to fulfill questionnaires and drop them into a document collection box which was locked by a key, and was placed in the outpatient area of the Oncology Center of Fukuoka University Hospital.

Contents of the survey

Sleep disorder: “Sleep” in the survey was evaluated by the Japanese version of the Pittsburgh Sleep Quality Index (PSQI-J) [5], which Doi et al. formed. PSQI-J consists of seven components and eighteen items: “sleep quality,” “sleep latency,” “sleep duration,” “sleep efficiency,” “sleep disturbance,” “use of hypnotic agent” and “daytime dysfunction due to sleepless”. Quantitative and qualitative information is involved and evaluated by Likert scale. Subscales yield a score from 0 to 3 and are calculated to yield a total score ranging from 0 to 21. The higher total score equates to a lower quality of sleep. With a total score of six or higher, the quality of sleep is assessed as sleep disorder. This scale has been proven reliable and valid and has been standardized.

Data were statistically analyzed using the Mann-Whitney U test. The result was judged to be statistically significant when p<0.05. PASW Statistics ver. 22 for Windows was employed as statistic analysis software.

Ethical considerations: Approval for the study was obtained from the Fukuoka University Institutional Review Board (registration number: 16-0-05). This researcher informed subjects, verbally and in writing, using an explanation paper and questionnaire. The following were explained to subjects; what the purpose and methods of this study were, participation was based on voluntary consent to cooperate in the survey, no demerit would occur due to refusal of participation, personal information was kept confidential, how data were stored and secured, what the possible discomforts or risks were and how they were dealt with, what benefits or interests were, how survey results would be publicized and what the conflicts of interests was.

Table 1. Outline of the patients

Evaluation of side-effect symptoms due to chemotherapy

All of the side-effects were recognized in Grade one. Four of the fourteen items are shown in descending order as follows: peripheral neuropathy of twenty participants (46.5%), anorexia of nineteen (44.2%), skin disorder of seventeen (39.5%) and constipation of fifteen (34.9%). Grade two had seven items: peripheral neuropathy of three participants (7%) and anorexia of three (7%), which were fewer than in Grade one. In Grade three, only one item, leukopenia of one participant (2.3%) was recognized (Table 2).

Table 2. Evaluation of the side-effect symptom by a chemotherapy 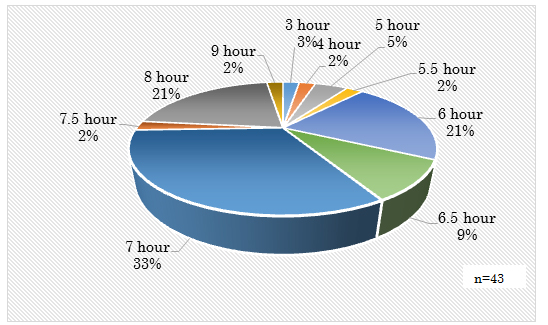 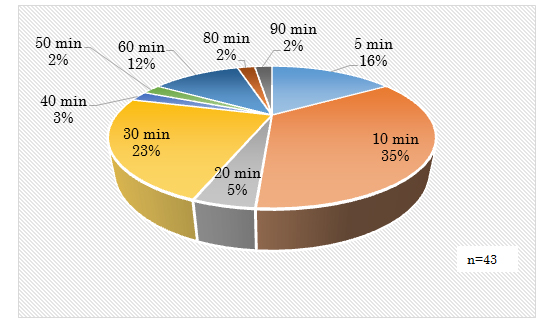 Table 4. Comparison of quantitative evaluation of the sleep by Individual Factors

Table 5.  Comparison of qualitative evaluation of sleep by individual factors

Table 6. Comparison of subjective sleep due to symptoms

This study clarified sleep conditions of cancer patients receiving outpatient chemotherapy that the mean value of sleep duration showed6.7 (±1.1) hours, sleep disorders were present in 30.2% of participants, and the use of hypnotic agents was 13.9%.

However, patients with a sleep disorder had low sleep efficiency, as the mean value of sleep duration was 5.8 (±1.5) hours and sleep latency was 46.2 (±27.2) minutes. Sufficient sleep is different from person to person, as some people require only five hours for good sleep and some need as long as ten hours of sleep. Therefore, sufficient sleep could mean that people feel comfortable waking up and do not have extreme drowsiness during the daytime. Medical treatment is required for disease-induced sleep disorder with a lack of sleep at night and extreme drowsiness during the daytime [8]. The sleep disorder symptoms examined in this research were not related to the difficulty in staying awake during the day. Thus, drowsiness during the daytime does not affect daily life activities. However, a decline of sleep efficiency and sleep quality were shown in this survey. It was indicated that sleep latency was long, which resulted in short sleep duration and long waking duration which was spent worrying in bed. Therefore, it is a serious concern on the influences in health that sleep deprivation hinders the body and brain from relaxing. There is an urgent need to construct support systems for patients receiving outpatient chemotherapy who need assistance in falling asleep without difficulties and to secure sufficient sleep duration.

This study revealed that sleep disorder symptoms occurred more seriously in the cases using a hypnotic agent, or that have a skin or taste disorder.

Secondarily, a skin disorder is not an immediate threat to life but could advance in severity with pain, which could even require changes in treatment scheme. This study showed that participants who had skin disorder symptoms accounted for 39.5% with complaints of dry skin, rashes on limbs, physical disorder feelings and tingling sensations and of persistent slight symptoms on fingers, toes and face. Skin disorder symptoms do not involve severe pain or itching. It might be recognized even by medical professionals that symptoms are under control and are being managed. However, this study revealed that skin disorders affected sleep disorders. While among the side-effects of chemotherapy, nausea/vomiting, fatigue and anorexia are limited in the period of occurrence and these syndromes subside after the peak, skin disorder symptoms could accumulate and strengthen as medication treatment is repeated [10]. Slight but persistent skin disorder was a burden for patients, and anxiety and irritation affected patients because the syndromes did not improve or even became worse. When they went to bed and tried to be relaxed, they became sensitive in a quiet environment and overly conscious of physical discomfort, which could hinder them from falling asleep. Medical professionals must keep this situation in mind and not underestimate even a slight syndrome, but to deeply understand their sleep conditions and to support patients.

Thirdly, a taste disorder means conditions of changes in feeling taste or texture of food. It is recognized that diversified factors could induce a taste disorder, such as dysfunction of gustatory cell, decline in the ability to transport taste substance due to decreased salivary secretion, dysfunction of nervous conduction and decreased zinc [11].

One of indicators for taste disorder is anorexia. Chemotherapy for cancer in digestive organs and blood cancer requires concomitant medication and nausea/vomiting would occur for several days after administration. These syndromes are relatively weak and disappear in approximately one week, because antiemetic is prescribed to prevent and control the symptoms. However, the syndromes of nausea/vomiting do not completely disappear and this induces unpleasant sensations and anorexia. Decreased food intake tends to cause decreased salivary secretion and decreased self-maintenance of oral hygiene. Other than anorexia, alimentary deficiency could be triggered along with the decline of self-care ability due to increased fatigue.

It seems that taste disorders would not directly impact sleep conditions. However, it is possible that low growth hormone, due to zinc deficiency, could be related to sleep disorders. It is a future task to examine correlations between sleep disorders and data of food intake and zinc.

This study was conducted to examine the sleep of cancer patients receiving outpatient chemotherapy and clarified the following:

3. The participants who were using hypnotic agents with skin and taste disorders had more sleep disorders.

4. Although few chemotherapy outpatients experience difficulties in their daily lives due to sleep disorders, degraded sleep quality due to difficulties falling or remaining asleep are a concern.

5. A review of sleeping medications and intervention in the case of patients with skin or taste disorders are necessary.

This study was supported by a Grant-in-Aid (26463363) for Scientific Research from the Japanese Government.

A partial of the summary of this article was presented at the third International Society of Caring and Peace Conference (March, 2017).

©2017 Ura A. This is an open-access article distributed under the terms of the Creative Commons Attribution License, which permits unrestricted use, distribution, and reproduction in any medium, provided the original author and source are credited.

Table 1. Outline of the patients

Table 2. Evaluation of the side-effect symptom by a chemotherapy

Table 4. Comparison of quantitative evaluation of the sleep by Individual Factors

Table 5.  Comparison of qualitative evaluation of sleep by individual factors

Table 6. Comparison of subjective sleep due to symptoms